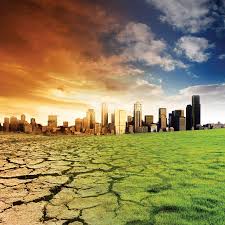 In October, The New York Times reported on a Pew Research Survey which “showed that while more than 90 percent of climate scientists agree that human activity causes climate change, the scientific consensus doesn’t appear to be swaying the public.

Which begs the question – what’s going on here?  Linguists, psychologists, policy analysts, communication experts, and sociologists have all weighed in on this contradiction. Simply put, it appears that communicating something as big and complex as climate change to skeptics and so called “deniers” is just as complex as the message itself.

A Tower of Babel

In his introduction to a daylong Climate Week conference on the Sustainable Development Goals (SDGs) at the United Nations, Unicef  Deputy Executive Director John Forsythe stressed the importance of “keeping public opinion with us.”  But how to achieve that is a topic for debate, evidenced by the differing opinions of the panelists.  Kate James, Chief Corporate Affairs and Marketing Officer at Pearson, believes we need to develop a shared vocabulary using the SDG’s as a launch point. Yet Arancha Gonzalez, Executive Director of the International Trade Center, wants to change the language of the SDG’s – which took a great deal of effort to forge in the first place – to something people can understand. And James Mwangi, Executive Director of the Dahlberg Group, thinks that a single shared language may not even be possible.  He believes there’s a need to be able to speak three “languages” to communicate effectively with civil society, government, and business, and coined the term “tri-sectoral athlete” for people who can do that successfully.

The Pew report indicated that we also need bi-partisan athletes, who can speak the language of both liberals and conservatives.  According to the study, just under 40 percent of Democrats believe that there’s widespread scientific consensus on climate change; for Republicans, the number is 15 percent. According to the Times, Bob Inglis, a former Republican congressman from South Carolina who is trying to get members of his party to accept climate change, believes the language used to discuss the topic had contributed to that gap in perception.  Inglis suggested it would be more effective to focus communication to conservatives on independence, mobility and freedom. A Duke University Study suggests that climate change has become so polarized along party lines that there may no longer be a “right” way to frame the conversation; even using seemingly win-win hooks like economic growth, national security or alleviating poverty are likely to backfire.

Framing and word choice – two tried and true communication strategies – seem to fail when it comes to conversations about climate change.  A closer look at the underlying dynamics causing that failure shows a number of factors at play. 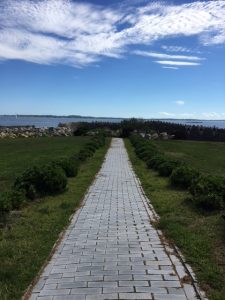 There and Back Again: The Boomerang Effect

One of these factors is the boomerang effect, in which an individual’s opinion changes in the opposite direction to what was intended by the communicator.  An example of this is found in  Message Strategies for Global Warming’s Six Americas, a 2014 report that describes six groups (or “six Americas”) that respond to global warming with varying degrees of concern.  Communicators typically frame messages to resonate with the values and beliefs of the audience, but this approach can backfire, as it did with Dismissives – the group that doesn’t believe global warming is real. National security was used as the hook, based on evidence that Dismissives consider this an area of high concern. Yet an essay attributed to a general that discussed the threat to national security posed by global warming seemed to have a boomerang effect that resulted in anger, not persuasion.

The Power of Confirmation Bias

According to Ronald Bailey of the Yale Cultural Cognition Project’s Reason magazine, confirmation bias is the tendency to interpret information in a way that confirms your pre-existing belief.  When confirmation bias is at play, a person may show selective hearing, by unconsciously selecting the parts of a message that support his existing view. A 2011 research report about science communication stated, “we expect that audiences with strong partisan beliefs may interpret the same message about a controversial scientific issue in very different manners, reinforcing their preexisting beliefs and increasing public polarization rather than promoting the consensus…The boomerang effect may occur because unintended constructs are activated in the receiver and drive the resulting attitude and behavioral change.”

The concept of social identity was formulated in the 1970s by Henri Tajfel and John Turner as a way to explain intergroup behavior.  It describes social identity as the part of a person’s sense of self that comes from membership in a social group.  It can also predict certain behaviors between groups, based on perceived group status differences. An article in Simply Psychology, states that the groups people belong to – everything from social class, to family to football teams – are a source of pride and self-esteem. Groups provide a sense of social identity and belonging to the world. 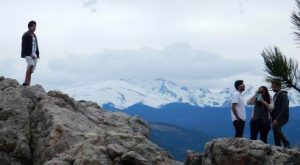 If that’s true, then breaking with an identity group can hold grave consequences. You not only stand to lose your leg up on other groups, but also your “belongingness”, which according to the Journal of Personality, is a core personality trait.  People have a fundamental need for positive and lasting relationships, a need that’s rooted in our evolution.  It’s the drive that enables individuals to develop traits that allow them to gain acceptance by the group, and it’s such a core component of human functioning that the threat of exclusion from a social group can influence behavior.

Matthew Nisbet, an associate professor of communication at American University, wrote in his blog about one kind of identity that’s particularly difficult for climate change advocates to reach: those who hold the “just world” belief system.  People who hold this view believe that society is ordered by hard work and individual merit – hard work brings rewards, while punishment comes to people who break the rules.  People who hold this belief system find the idea that humans are responsible for climate change difficult to grasp, if not outright intolerable – so their listening becomes extremely selective.

In Communicating the Science of Climate Change, Richard Somerville says that scientists themselves are at fault in the way they lay out the climate story, often providing too much information rather than delivering clear, simple messages. The scientific format, beginning with background information, then giving supporting details, and finally showing conclusions, may also be an impediment. When the the context isn’t clearly stated upfront, readers tend to form their own opinions as they take in each successive piece of evidence; by the time the punchline shows up, they’ve drawn their own conclusion. Furthermore, words  like “consensus” may be heard as opinion rather than fact. And when scientists say human activity has “contributed” to global warming, it could sound like a small factor rather than a direct cause and effect.

To complicate things even further, according to Ronald Bailey, “As ordinary members of the public learn more about science and develop a greater facility with numerical information, they become more skillful in seeking out and making sense of — or if necessary explaining away — empirical evidence relating to their groups’ positions on climate change and other issues.” 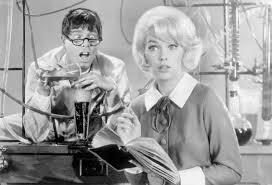 The Role of the Messenger

According to The Communications Network, a non-profit that works to “collect, curate and disseminate information” on strategic communication for the social sector, “choosing the right messenger is a critical step in every strategic communication effort.” According to The Times, the Pew poll showed that more than three-quarters of Americans trust scientists a great deal – with the notable exception of climate scientists.  Only 22 percent of Republicans said they trusted climate scientists to give “full and accurate” information on the causes of climate change; for Democrats, that number was 54 percent.

Getting everyone on the same page about the reality of climate change and the need for humans to act is a complex task.  People hold on to their views, and alter or ignore information that contradicts them.  The social and psychological constructs of identity and confirmation bias have a strong grip on both groups and individuals.  As a result, just knowing your audience and speaking to their frame of reference doesn’t go far enough–or goes too far, potentially resulting in the boomerang effect. Communicating across climate viewpoints takes careful attention to detail, not just in what is said, but how it is said, and by whom – reminding us of the admonitions we heard as children: “Think before you speak,” and “Choose your words carefully.” Ultimately, though, what makes all of this so thorny is the old adage, “Don’t believe everything you hear.”