In Memory of Robert Gardella 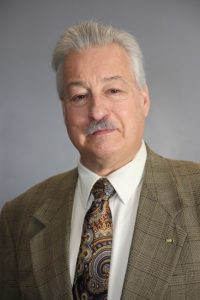 Robert “Bob” Gardella, who was a volunteer and board member with GreenHomeNYC, passed away on November 23 after complications from diabetes.  He was a nationally known expert in the unique building science and performance of small family homes, an early advocate of health & safety protocols in the field, and a firm believer that he was not the “expert” that we all knew him to be.  He was respected by his fellow Weatherization family from “the Isle of Staten” as he would say, but his reach was both across NYS and the country.  His calm demeanor and self-deprecating sense of humor will be missed by those he both trained and hung out with in the field.

Bob proudly served in the National Guard, then went on to join the New York Police Department, Emergency Service Unit, Truck 6 in Brooklyn, where he enjoyed a highly decorated career until his retirement.  His official obituary understated his role in the energy efficiency world by stating “After he retired from the force, he embarked on a successful career in the private sector specializing in energy efficiency”.  Again, even in death, Bob’s role in our world was vastly understated.

Bob was a former Weatherization Director at Northfield Community LDC and a small family specialist and nationally renowned trainer for both the Association for Energy Affordability and Steven Winter Associates, all in NYC.

Bob defined the role throughout his careers in the same words that the late Fred Rogers (of Mr. Rogers’ Neighborhood fame) said many times to children about what to do in times of crisis: “Look for the helpers. You will always find people who are helping.”  Bob was the ultimate helper in the field, in the classroom, and particularly, when you were talking to him one-on-one.

Bob’s war stories from the field always took a few adult beverages to get out in the open, but they were so great that many of his friends pleaded with him to write a book; he thought his stories would be boring to most.  It is safe to say he had both friends and strangers rapt with his stories at a typical post-conference break in a hotel bar.  And there were many great ones.

One he repeated a few times, involved his penchant to volunteer while in the NYPD for work at Madison Square Garden when the big rock and roll acts came through.  Bob was a great lover of music and particularly live music, and rumor is, he played a mean bass guitar.  He told the story of going to many consecutive Grateful Dead shows at the Garden (in uniform), and one night, when Jerry Garcia was walking off stage, he asked Jerry to sign his ticket book, which Garcia gladly did.  So somewhere deep in Bob’s basement or storage unit, is an NYPD ticket book that might be worth a few bucks.  And hopefully, he is sitting next to his favorite artists and listening to them jamming in the hereafter.  Bob, can you help Jerry out on bass for this tune?

Bob was laid to rest with full NYPD honors on the day before Thanksgiving, 2020.

His obit can be found here:

Please share this with any friends of Bob—there were so many we wouldn’t want to miss any.