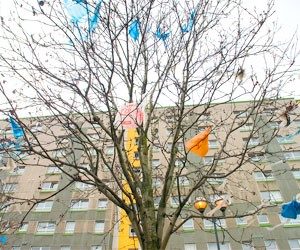 New York City’s OneNYC plan includes a commitment to send zero waste to landfills by 2030. It’s an ambitious goal, and to see it achieved, plastics must be greatly reduced in the waste stream.

In late 2016, the city council approved a bill to implement a plastic bag fee. Described as a BYOBag law, the legislation called for a 5 cent fee on single-use plastic and paper carryout bags at retail outlets. Consumers could avoid the fee by shopping with their own reusable bags. The bill was slated to be implemented on February 15, 2017; however, due to opposition in the state senate and a final veto from Governor Andrew Cuomo, the law was vetoed a day before it was due  to take effect. Although the Governor appears to be in favor of the bill, he believes it needs to be revised, and promised to form “a statewide task force to develop a uniform state plan for addressing the plastic bag problem, complete with local leaders, other stakeholders and leaders appointed by the Senate and the Assembly.”

Cuomo explained in a statement that “the bill was deeply flawed because it allowed merchants to keep the 5 cent fee as a profit,” a giveaway that he said would total 100 million a year. Additionally, there was concern over the impact on lower income and cash strapped New Yorkers, and the burden the law would have on their wallets.

Despite these concerns, other states and cities have already set a precedent by adopting similar plastic bag bans or fees. California implemented a state-wide ban on plastic bags in late November 2016, prohibiting plastic bags from being offered by retailers statewide. If shoppers forget their reusable bag, they are charged 10 cents for a single use paper bag or reusable alternative. Suffolk County in New York State also has passed a law to implement a 5 cent fee on all plastic bags. It went into effect in October of 2016 and will be enforced as of April 2017. Even after the veto of the NYC bill, the Suffolk County bill still stands.

Politicians and activists have expressed the bill should be reworked. Some suggested creating a tax that would benefit the city. Others have suggested implementing a bill that would eliminate the use of plastic bags all together. 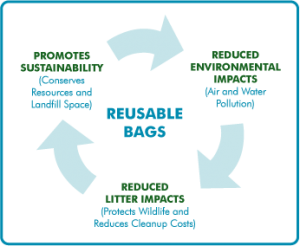 Although the NYC law was defeated in this round, the reasons we should reduce the use of plastic bags are inescapable:

According to The New York League of Conservation Voters, if a law was in place, it’s estimated that New York City would decrease single-use plastic bag consumption from 10 billion bags per year to between 1 and 4 billion per year. In fact, Washington, DC has reduced their bag consumption pick-up 60 percent since implementing a plastic bag fee in 2015. 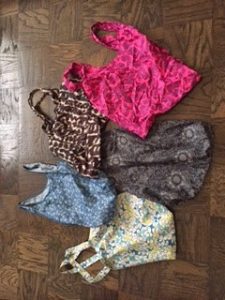 The Power of the People

A statement was put out by the Governors office that the bill would be revised and revisited with the new State Assembly in January 2018. Until then, we can all make a difference by using a lightweight reusable and recyclable bag to reduce our weekly plastic bag usage. These are inexpensive to purchase at a local grocery or online, and are usually made out of lightweight nylon that lasts for years. Washable varieties are the best to insure proper hygiene.