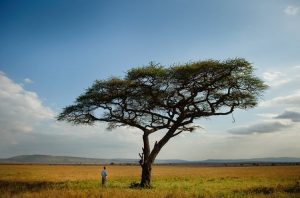 With a vaccine in sight, some of us might be starting to think about traveling again.  Dreams about exploring nature and immersing ourselves in other cultures may be inching closer to reality. In the meantime, as we continue to shelter in a pretty chilly place, we can virtually roam the Serengeti as we study the science of saving our ecosystems, and join Native Americans as they revive ancient agricultural practices, learning from the past in order to build a thriving future.

This was a relatively short documentary but so worth it—for both its message and its visual beauty. Through eyes of brilliant scientists and cinematographers, we learn about the impact of “Keystone Species” on entire ecosystems.

Bob Paine, one of the scientists featured in the film, discovered the concept of Keystone Species through years of research on the starfish in tidal pools of the intertidal zone on Mukkah Bay Tatoosh Island, Washington. The starfish, it turns out, were a keystone species.  Through his research he learned that when a species has an outsized influence on an ecosystem, its removal from that system can alter it so drastically that soon the whole environment could come undone.

The documentary covers six scientists, some working  together, some independently; all come to the same conclusion. Scientist John Terberogh shares what he’s learned from his research: “Whether it was terrestrial or aquatic, whether it was arctic or tropical, it was all working in the same way.” The keystone species can be predators or herbivores, but as long as they exist in the mix, nature can heal itself. If they disappear, the delicate ecological cycle goes out of balance and there are strong but negative indirect domino effects throughout a food chain.

This cautionary finding is referred to as the “Serengeti Rule,” as it was observed that when zebras were removed from the Serengeti, it almost led to the collapse of that biosphere. The Serengeti Rule governs how ecosystems work and helps explain how organisms interact with one another and what controls population sizes. Research with sea otters in Alaska, conducted by Jim Estes, showed that the otters hold the entire ecosystem together. With their disappearance, the rest of the local food web has started to crumble — a process that’s been accelerated by climate change. 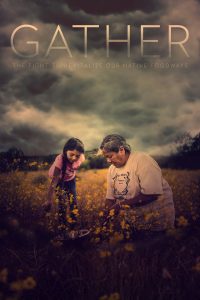 Early on in the movie we learn that “70% of all food around the world was originally grown by indegenious people. Thus, all we eat has roots in native food.” That fact got me and kept me hooked.

The film is truly eye opening and has been very much in the news since its recent release. It follows several different storylines of various indigenous people who are trying to recognize and embrace their heritage and, at the same time, work to create  a better future for themselves and their communities. Learning food culture and learning about the past are rightfully deemed critical for a stable and promising future. Important questions—Why are buffalo needed? What is the best way to fish? What seeds should be planted, and when and where? What plants and herbs are medicinal?—are asked and answers are sought.

Our future is connected strongly to our past, which can sometimes be painful.  We learn that 60 million American buffalo were slaughtered by European settlers to starve the native Indians into submission. We learn that food sovereignty means self-reliance, yet it still remains elusive for many indigenous communities.

We learn that food can also provide healing and hope. A group of boys from northern CA, in a place known for the highest suicide rates, the highest cancer rates, and food deserts for Native Americans, founded an an indigenous organizing network called the Ancestral Guard, which focuses on “Traditional ecological knowledge, science and values of world renewal.” In another remarkable success story, we see the journey of Nephi Craig from a residency program at the famous NY based Stone Barns Agricultural Center to opening his own Cafe that celebrates and promotes Native American cuisine.

The film shows shows the power of the “restorative revolution” that’s currently emerging, as individual  Native Americans of all ages use their skills in foraging, cooking, and scientific research.  It’s clear from the film that Native American methods of food harvesting and preparation offer numerous benefits for individuals, communities, and the environment.