Viewpoint: Getting Back to Paris 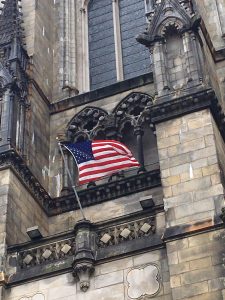 In all the confusion and excitement of the post-election drama, some of us may have missed a piece of important news: the day after Election Day, the Trump administration’s withdrawal from the Paris Agreement became official. But that doesn’t mean it became permanent.

According to the NY Times, President-Elect Biden plans to inform the United Nations of his decision to rejoin the Paris Climate accord, by executive action. While it’s preferable to go through Congress instead of changing policy in this manner—effectively this stroke of Biden’s pen can easily be reversed by the next president in 2024–it’s clear that the President Elect recognizes the short deadline for reversing the impacts of climate change. Said Bloomberg  this morning, Biden also called for the U.S. to have net-zero emissions by 2050, which would make it the last Group of Seven nation to set such a target.

The Times noted that when we rejoin the Pact, we will still “have a lot of catching up to do.” The Paris pullout was only part of the equation; over the last four years, a slew of environmental regulations have been undone and a number of federal agencies have changed course from the fight against climate change. The Environmental and Energy Study Institute estimates, conservatively, that the fossil fuel industry has been directly subsidized to the tune of $20 billion a year.  In addition to greenhouse gas emissions, this type of fiscal policy funds negative fossil fuel externalities—societal costs, environmental costs, and health costs.

The Times also pointed out that, despite the US pullout, other countries, including China, have remained committed to the accord.  While taking executive action is a quick remedy, rebuilding trust with our allies and developing coordinated plans with our own State and local governments won’t be a cake walk.  But at least we have some cause for optimism close to home. NY State and NYC should now be able to look forward to allyship at the Federal level as we work diligently to put the Climate Mobilization Act and the CLCPA (Climate Leadership and Community Protection Act) into effect to reduce carbon emissions.

Evan Mason is a member of the GreenHomeNYC Board of Directors.