May Forum: Patty Noonan Memorial Forum on Policy – Taking on the OneNYC Challenge 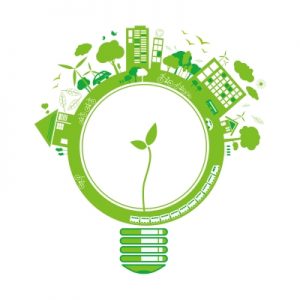 With Earth Day still fresh on everyone’s minds and the beginning of Summer around the corner, there is the inevitability that soon the energy use in NYC buildings will be going up. But wait- isn’t the city encouraging a decrease our carbon output? And aren’t buildings a top producer of carbon? Yes and Yes! That is why this May at GreenHomeNYC’s forum, we’ll be addressing just that!

At our annual Patty Noonan Memorial Forum on Policy, we will pick up where we left off last year in regards to the OneNYC Policy goals and the progress made thus far.  Although the OneNYC Plan focuses on many different aspects of a stronger city, we will hear from guest speakers whose work correlates to the city’s goal of 80% reduction in greenhouse gasses by 2050, as well as hear analysis on the targets set before us.
Join us for an evening of insight and discussion from experienced professionals in the programs that are helping to achieve these important goals!

Samuel Man is the newest member of the buildings team within the Mayor’s Office of Sustainability, where his primary focus is the Carbon Challenge. His path into the world of energy efficiency and sustainability all started with a local green jobs training organization called Envirolution. That education and training led to a position implementing Con Edison’s energy efficiency program serving small and mid-sized businesses. After that incredibly edifying experience, he joined a non-profit environmental education organization called Solar One where he worked to promote NYSERDA programming and initiatives. He is also in the final stretch of graduate studies at City College where he is pursuing a degree in Sustainability in the Urban Environment.

Daphne Boret Camguilhem joined NYCHA in December 2015, and as Senior Advisor to NYCHA’s Vice President for Energy and Sustainability, has coordinated the development of NextGeneration NYCHA Sustainability Agenda, a 10-year roadmap to create healthy and comfortable homes that will withstand the challenge of climate change. She’s now initiating sustainability projects, including solar capacity deployment and a call for innovations. Prior to joining NYCHA, she designed and implemented housing policies in the capital region of Paris, France, developed processes to foster sustainability within urban developments and addressed culture change strategies.  She holds two Master degrees in Urban Planning from The University College London and Ecole Nationale des Ponts et Chaussées, and a Master of Science Engineering from the Ecole Polytechnique.

Laurie Kerr leads Urban Green’s Policy team, which is advising New York City on how to achieve 80% carbon reductions and helping research and craft the specific strategies to achieve its sustainability goals. She also advises on Urban Green’s research, strategy, and public programs. A licensed architect with over 15 years experience, Laurie is a national leader in the development of green building and urban sustainability policy. As Deputy Director of the NYC Mayor’s Office of Long Term Planning and Sustainability, she was responsible for developing the city’s signature green building policies, including the Greener, Greater Buildings Plan, the NYC Green Codes Task Force, the Mayoral Challenges to Universities and Hospitals, and the Energy-Aligned Lease. Subsequently she was the Founding Director of the City Energy Project at the Natural Resources Defense Council, which is helping 10 major American cities including Los Angeles, Chicago, and Atlanta, adopt policies similar to New York’s. Kerr was awarded the AIANY’s Public Architect Award in 2012 and was elevated to the College of Fellows of the American Institute of Architects in 2015. She serves on the board of the Global Cool Cities Alliance, the Cornell Alumni Advisory Board for Sustainability, and the Building Energy Exchange, and is the inaugural Director for Sustainability at AIANY. She holds a BA in Engineering and Applied Science from Yale, and a MS in Applied Physics from Cornell.