Join GreenHomeNYC for “Innovations in Transportation: Mobility in Smart Cities” at the fabulous new Hafele Showroom to learn about the ways cities are adapting to the latest innovations in technology coupled with the greater demands on infrastructure due to increased density and aging assets. The forum will target innovative solutions that are being championed to get people and goods where they need to be while reducing their carbon footprint. We’ll hear from five thought leaders on mobility and transportation in NYC as it strives to be a true Smart City.

After the event we’ll head to a nearby bar to be announced at the event. Please join us! 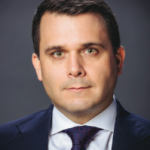 Jonathan Gouveia, Senior VP of BNYC and lead on the Brooklyn Queens Connector (BQX) at the New York City Economic Development Corportaion (NYCEDC). Jonathan started his career at Brookfield Residential, assisting senior executives with acquisition of development sites and project management of construction projects. From 2004 to 2014, he worked at NYCEDC, where he led the Strategic Investments Group (SIG) which launched the Build NYC Resource Corporation in 2012. From 2014-2015, Jonathan led various real estate driven initiatives at Bloomberg LP, including the integration of acquired companies into Bloomberg. Jonathan joined MASNYC in 2015 to lead their goal of repositioning their strategy to build support to redevelop New York’s Pennsylvania Station and West Midtown. Jonathan rejoined NYCEDC in August 2016 to lead its efforts to implement the vision for a Brooklyn/Queens light rail line. 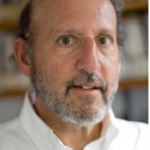 Charles Komanoff has been a force in sustainable energy and transport for over 40 years, as nuclear power cost expert in the seventies, “re-founder” of the urban cycling advocacy organization Transportation Alternatives in the eighties, co-founder of the pedestrian rights group Right Of Way in the nineties, and founder of the Carbon Tax Center in 2007. His work includes the books Power Plant Cost Escalation, Killed By Automobile, and The Bicycle Blueprint, computer models, scholarly articles, and journalism. An honors graduate of Harvard, Charles lives with his wife and two sons in lower Manhattan. 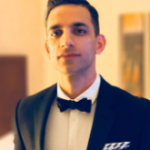 Saad Shaikh is the General Manager for Chariot New York, an app-based micro-transit service, where he oversees all marketing and operations. Previously Saad has worked in finance and at a number of startups, including BlueSleep, a telemedicine company tackling sleep disorders, and Uber as the first operations manager in the LA office. Among his responsibilities were managing supply-side operations, expansion of Uber throughout Southern California, and hiring a local team. He received his MBA from Columbia Business School and hopes you give Chariot a shot. 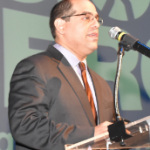 Keith Todd Kerman is a Deputy Commissioner at the Department of Citywide Administrative Services (DCAS) and New York City’s first Chief Fleet Officer. Keith is an agency lead for Mayor de Blasio’s Vision Zero initiative to eliminate traffic fatalities in NYC and is currently spearheading a series of safety initiatives for the City fleet. In partnership with the City’s large operating agencies such as Police and Sanitation, Keith also led a major effort to share services and consolidate aspects of New York City’s vast fleet operations. 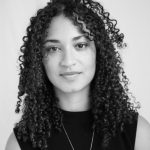