The Green Spotlight on BE NYC: Rebecca Marshall 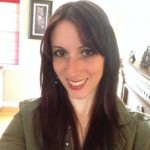 “Sustainability doesn’t have boundaries.” That’s Rebecca Marshall ‘s mantra. On October 15, Rebecca, who is the Javits Center’s Energy and Sustainability Manager, will spread the wisdom as she shares the in-depth sustainability story behind the Center’s recent renovation. Rebecca is an upbeat person with a serious mission: to expand the boundaries of sustainability well beyond the Center’s 840,000 square feet of exhibit space. While she monitors the building’s resource consumption and engages employees internally, she also works to help customers exhibit responsibly and strives to ensure that the Javits Center is a “good neighbor” to the buildings that are rapidly going up in the adjacent Hudson Yards. She’s also works to extend a green welcome to New York City tourists, and even helps provide a safe haven for the local wildlife population. And she shares a commitment with others in her field to improve and increase sustainability in the events and conventions industry.

From Vision to Action

Rebecca came to the Javits Center from her previous position as Zoning and Sustainability Officer for the town of Hillsborough, NJ, where she learned to take a vision and turn it into action. When she arrived at the Javits Center two and a half years ago, her most immediate task was to “figure out what sustainability means HERE,” and then build upon programs to support that understanding. She began by getting to know the organization’s goals and culture. “I did that for an entire town,” said Rebecca, “I knew I could do it for a building.”

A Culture of Sustainability

While there was still plenty for Rebecca to do when she got to Javits, she had the good fortune of working for President and CEO Alan Steel, whose leadership had already laid the groundwork for a culture shift that would support sustainability both within in the building and in the business model itself. Said Rebecca, the recent completion of the Center’s enormous green roof—the second largest in the United States, about the size of five football fields—is an ideological extension of the green roof Mr. Steel maintains on his own house.

Rebecca and I toured the Javits roof on a cool, partly cloudy, early-fall day, which added to the amazing feeling of peace you feel when you’re up there.  With the skyline in one direction and the Highline in the other, this is a great place to hang out. Looking out on this expanse of green sedum plantings makes you feel at one with nature in one of New York’s most urban settings. And that certainly makes the Javits Center a good neighbor to residents looking out on the roof from nearby buildings, as well as to the eleven species of birds who have made their homes here.

The roof also serves as an educational and research oasis. School groups come to learn about green practices, and a number of projects exploring biodiversity, urban heat island effect, gene dispersal, and habitat restoration are being conducted by the Audubon Society, Drexel University, Cooper Union, and a PhD student at Fordham. The roof is a successful experiment in its own right: With a bit of help from a drip irrigation system, the roof is pretty much self-sustaining. Once in a while maintenance workers pull up a few sprigs of invasive species of weed that occasionally find their way here, but these are then composted and put back on the roof in areas that “need a little extra help.”

Inside the building, Rebecca tracks and monitors energy consumption, which has seen a 26 per cent reduction since the Center completed its renovation. In addition to installing an upgraded, high-efficiency HVAC system, which also improves indoor air quality, the Center has managed to reduce its water consumption by  2.9 million gallons, primarily as a result of the installation of low flow fixtures and sensors in all the newly renovated restrooms. Rebecca also writes exhibition sustainability plans for Javits Center customers, and makes sure the logistics of each show support the program she lays out. With around 150 events a year, that’s a lot to do.

While Rebecca gets plenty of physical exercise taking visitors up to the rooftop, which involves a long walk from her desk through the interior underbelly of the building’s operation, her other responsibilities extend even more outwardly. She serves on a New York City sustainability committee that works to “break down the old stereotypes” and give out-of-town visitors an experience of New York as a green city “from the time they get off the plane to the time they get back on to head home.”  She also regularly shares best practices with sustainability professionals from convention centers around the country, with the hope of not only increasing sustainability in each of their buildings but also of improving the public perception of the convention industry’s notoriously un-green impacts. 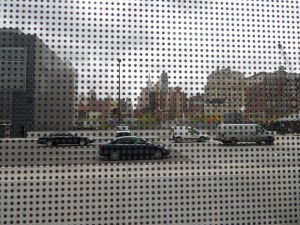 Perhaps the most far-reaching aspect of the Javits Center’s renovation was the replacement of thousands of window panels with high-performing, energy-efficient glass; in some ways much bigger news than the energy saved inside the building were the lives of the birds that were saved outside it. Once considered the biggest bird-killer in New York City due to accidental crashes into the building’s previously mirror-like glass exterior, the new specially formulated speckled glass has reduced such casualties by 90 per cent.

Rebecca is also in charge of employee engagement, which she accomplishes one manager at a time from an operational perspective, and through contests and events that help employees extend their sustainable practices to their personal lives. She’s glad that more and more employees are “coming to me to ask questions about what they can do at home.” When it comes to engagement, Rebecca believes you need to” talk to people about what’s important to them, not what’s important to you.”

The Career to End All Careers

Regarding green careers, Rebecca ultimately believes that the goal of any sustainability professional should be to “create an environment where your job is no longer needed.”  She’s referring to a time when sustainable practices are “something we just do without thinking about it, the new normal.”  That said, she’s sure “it’s a field that’s not going away any time soon,” adding that “there will still be sustainability jobs when I’m a grandma.” Rebecca’s educational background includes a Master’s Degree in City and Regional Planning, a B.S in Environmental Policies, Institutions and Behaviors and a B.A. in History, all from Rutgers University. When asked what she thought employers look for recent graduates, she sited open-mindedness as key.  Employers are looking for people with “a slate of new ideas. A fresh, un-jaded mind is an asset.”

Beyond Boundaries at BE NYC 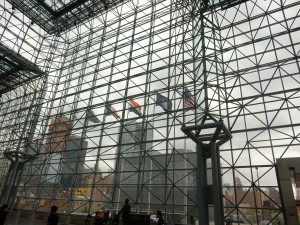 At BE NYC, Rebecca is the perfect choice for a panel called “Moving Iconic Buildings into the 21st Century.” Under her direction, the Javits Center continues to make that move. When asked what she hopes the audience will take away from her talk, Rebecca’s answer returned again to the philosophy that guides her in life as well as work. “Impacts should not end at your building,” she said as she once again emphasized the criticality of extending and transcending boundaries, from buildings to neighborhoods, from neighborhoods  to boroughs, from boroughs to cities and states, from states to countries, and ultimately, to the entire planet.

Interested in learning more from Rebecca and the other speakers presenting at this year’s Building Energy NYC conference on October 15th? Click the link below to register to attend!