By Alexa Roccanova   Amidst a convergence of contemporary crises, private and public actors alike have championed sustainability as the ultimate goal for an environmentally, socially, and economically sound future. We’ve witnessed an inundation of seemingly “sustainable” alternatives for products, technologies, lifestyles, and systems that pose only slightly better versions of the status-quo — alternatives that by themselves, without a significant shift in the dynamic of our dominant systems, will not be enough to effectively mitigate climate change. 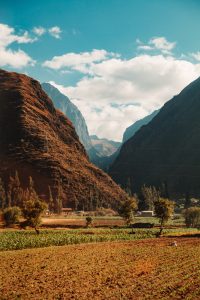 But there exist generations of people who have already been living sustainably for centuries. Indigenous peoples all over the world have been tending to the Earth, conserving local ecosystems, preserving biodiversity, and maintaining their ancestral cosmovisions, knowledges, and practices, despite incessant efforts by colonizer nations and institutions to displace, assimilate, and terminate them. The survival of their communities and lifeways is itself a testament to the sustainability of their culturally and spiritually guided relations with the environment.   “Humankind has not woven the web of life. We are but one thread within it. Whatever we do to the web, we do to ourselves. All things are bound together. All things connect.”– Chief Seattle, Duwamish   Through their alternative conceptions of and intimate interactions with their environments, Indigenous communities offer the foundations of a divergent path from our self-destructive, ecocidal, profit-addicted systems. According to the UN Environment Programme, “at least  a quarter of the world’s land area is owned, managed, used or occupied by indigenous peoples and local communities.” Environmental degradation in these areas has been significantly slower than in non-Indigenous lands due to region-specific community land management systems that have been preserved throughout time to maintain reciprocally sustainable relationships with nature.   Land Management Honors “Mother Earth” Regenerative agriculture has been broadly promoted as a sustainable agroecological solution for the food industry, but is rarely acknowledged as a normative practice that has existed within countless Indigenous communities for generations. One example dates back through centuries of Mayan civilization. The Maya milpa system is an open-field polycultural agroforestry system, which involves the short-term cultivation of a diverse array of crops for a few years, followed by a natural long-term regeneration (up to thirty years) of the land before it is used again. In their book, Maya Forest Garden: Eight Millennia of Sustainable Cultivation of the Tropical Woodlands, Anabel Ford and Ronald Nigh note that the practices utilized within the milpa system have origins dating back to ancient Maya civilization in 500-900 A.D., and have persisted through millennia as milpa farmers have managed to support extensive populations.  They also play a distinct design role in shaping forests that is still evident in contemporary landscapes.   Contrary to the common myth that pins Maya farmers as reckless agents of ‘slash and burn’ deforestation, milpa systems require a socially sophisticated level of communal organization. Its methods of perennial crop management involving the rotation of crops with short- and long-term perennial shrubs and trees, are linked to the sacred beliefs of the Maya, with farmers acting as “spiritual caretakers and co-creators of the Maya forest.” The merging of spiritual ideologies with agricultural land management forges a deeper understanding of how nature will support you so long as you work with it and within respectful boundaries of its productive capacities. Instead of degrading the land and destroying its biodiversity, milpa systems prove that agricultural systems and the surrounding environment can mutually thrive when they exist as one within woodland ecology.   Like the Maya, the Indigenous communities of the Peruvian Andes hold the interrelationships between individuals and the natural environment at the center of their cosmological worldviews and land management practices, with specific emphasis placed on a mutual respect between all living and nonliving elements of the physical and spiritual world. According to the book, Learning and Knowing in Indigenous Societies Today, published by The United Nations Educational, Scientific and Cultural Organization (UNESCO),  the Peruvian Andes is known for its high degree of ecological biodiversity, encompassing 80% of the planet’s ecoclimatic zones. Additionally the authors, Jorge Ishizawa and Grimaldo Rengifo Vásquez, note that “the central Andes is one of the eight global ‘centres of origin’ for agriculture and exhibits the highest interspecific and intraspecific diversity of cultivated plants in the world.”   This mega-diversity is in part maintained by the campesinos, or peasant farmers, who work in a communal system to manage ​chacras,​ or cultivated fields. Through the implementation of local knowledges and traditional “ritual agriculture,” which honors ​Pachamama​ (Mother Earth), Andean communities are able to preserve their biodiversity-rich environments through the respect, affection, and care that the farmers exhibit toward their land and vegetation.  And so, “peasant culture, agriculture and biodiversity are thus inextricably linked; one cannot be understood without understanding the others.”   Architecture and Design Bring Tradition and and Innovation Together  New adaptations of Traditional Ecological Knowledge (TEK), based on the core concept that all things are connected—“…that no single organism can exist without the web of other life forms that surround it”—are surfacing through various disciplines, such as the Lo-TEK movement. In her book, Lo—TEK. Design by Radical Indigenism, Julia Watson points out that “many of the technologies we see as contemporary green infrastructures,” like  green roofs and floating wetlands “…have ancient lineages.” These seemingly modern innovations are actually contemporary re-emergences of Indigenous architecture, such as the floating islands of the Uros people of Peru and Ma’dan people of Iraq, or the terraced surfaces used in Balinese Subak rice agriculture. These Indigenous structures present location-based architectural climate solutions that will undoubtedly be adapted within the modern context of changing climate impacts. 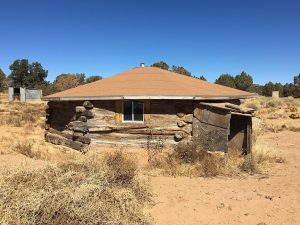 Taking Responsibility for People and Planet

Indigenous peoples need support now more than ever as COVID-19 continues to devastate their communities worldwide. The continued loss of lives, especially among elders, jeopardizes the intergenerational transfer of ancestral knowledges and languages. Within the Navajo Nation Reservation, which covers parts of northeastern Arizona, southeastern Utah, and northwestern New Mexico, there have been over 13,000 confirmed cases of the virus. After surviving centuries of atrocities at the hands of the U.S. government, they now continue to struggle disproportionately as a result of systemic oppression and societal inequities.

If we are to preserve the Earth’s biodiversity, — a crucial component of mitigating climate change — as well as its capacity to support human civilization,  just following  the example of Indigenous peoples is insufficient. We must also assume responsibility as active participants in a “Westernized” culture created through historical and contemporary forms of colonialism, to advocate for the rights of Nature and Indigenous communities alike. Their autonomy, land rights, and survival are essential to both local and global approaches to climate change. For the sake of all peoples and the planet we all inhabit,  we must to prioritize their voices as we strategize the path forward.