Last month, GreenHomeNYC published “No Paris? No Problem: Climate Action Marches On” to demonstrate how the initial disappointment with the White House decision to withdraw from the Paris accord had “morphed into strengthened resolve and galvanized coalition building within and across public and private sectors, U.S. localities, and around the world.” 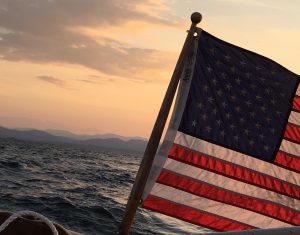 We are pleased to learn that California Governor Jerry Brown and Michael Bloomberg share our mission: On July 12, these two partners launched “America’s Pledge on climate change, a new initiative to compile and quantify the actions of states, cities and businesses in the United States to drive down their greenhouse gas emissions consistent with the goals of the Paris Agreement.”

Said the press release announcing the partnership, “Building on this positive momentum, the America’s Pledge initiative will for the first time aggregate the commitments of these and other “non-Party actors” in a report on the full range of climate-related activities across the whole of U.S. society. The process of developing America’s Pledge will also provide a roadmap for increased climate ambition from U.S. states, cities, businesses and others, and will transparently demonstrate to the international community how and in which ways these entities can help the U.S. deliver on its pledge under the Paris Agreement.”

You can read more about America’s Pledge here.