The Green Spotlight on BE NYC: Steve Bluestone

days until the conference, GreenHomeNYC is shining the spotlight on the experts who will be making the BE NYC an exceptional industry event!

One of the professionals participating in the conference is Steve Bluestone. 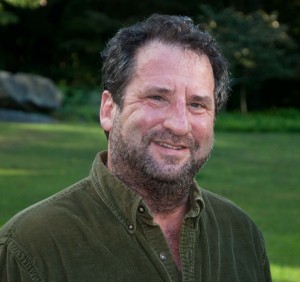 Steve Bluestone is a partner in The Bluestone Organization, a real estate development, contracting, and property management firm founded by his grandfather, Jacob Bluestone, in 1927.  Mr. Bluestone studied architecture and passive and active solar energy systems, earning a B.S. in environmental science from Marlboro College.  Since entering the construction and development industry, he has led his firm’s efforts on research and implementation of green building design.  Using off-the-shelf components, the firm produced a 50-unit rental building that was hailed as “the most energy efficient multi-family building in New York State with four or more units,” and did so at conventional construction cost levels.  Steve lives with his wife in Westchester County in a passive solar, geothermally-heated and cooled home that they designed and built in 2000.  They are in the process of building an innovative new house upstate that is destined to be net zero energy and Passive House certified.

Steve is a speaker within the Small Buildings Track of BuildingEnergy NYC 2013.

It started out with energy.  Back in 1973, when the Arab oil embargo hit, President Carter put solar panels on the White House roof.  Green was in when I was in high school and college.

What’s it like to work in a family business?

The dynamic is interesting. There’s a level of trust.  Being that we are all family, we look out for each other.  There is an allowance for flexibility schedule-wise, also.

Have you presented at other conferences in the past, and what’s your experience been like?

Yes, and I love it.  I have no secrets, and I look forward to sharing ideas—especially ones that work.  I’ve learned so much at conferences.  It’s a great tool.  Some of the major achievements we’ve had as an organization have resulted from what I’ve learned attending conferences.

What are you speaking about at BE-NYC?

I’ll be speaking at a session titled, “Water, Water, Water.”  I haven’t done anything very ingenious about water consumption—yet, but I have some idea of what I want to do.  We’ll also be talking about the standard stuff and a little on the tamper-proof showerheads, etc.

Why is water important?

What I’m going to start by talking about is how water is the new gas.  As a landlord, our water costs in many of our buildings are triple heating costs.  This is a staggering statistic that people aren’t aware of.  Every year the economy grows at 1-3%, and for many years in a row, DEP had raised their rates by about 12% per year.  Someone at DEP told me the reason for the increases was not necessarily finding and transporting more clean water—because we have plenty of water—but the cost to build and operate sewage  treatment plants.  It’s usually harder to get rid of dirty water than to find clean water in the Northeast.

How will you frame the problem?

I want to emphasize the differences between a building we put up twenty years ago and a new building to show what the savings are like from installing low flow fixtures.  I’ll present that information graphically.  I’ll talk about some of the easy stuff we can do to existing buildings to reduce water use.

What can be done for new construction projects?

An idea I want to talk about is having every tenant pay for his water.  One problem with this is that there’s no good way of cost-effectively providing units with very efficient, individual, small water heaters.  You’re either doing electric tank hot water heaters, which is not great, or you’re doing instantaneous electric heaters, which also isn’t always great.  If you are doing gas, that means running a ton of gas lines in a building and venting a ton of small heaters, which isn’t great.  So what we’re stuck with for the moment is central hot water systems.  If you have the capital for solar thermal panels, great, then do it.  Sub-metering water would involve two meters per apartment – one for cold and one for hot water.  On top of this, the regulatory agencies aren’t ready for this—yet.  If you can get occupants to cut down on their water use, then energy to heat the water will also be reduced.  It could be a win-win scenario.

What’s your opinion on monitoring systems?

WegoWise and Bright Power’s tools—they’re great, as long as you use them.  In my calendar every day—seven days a week—is a reminder to check WegoWise, and I do every now and then.  I find things.  We saw data that showed water use consumption in one building going up and down erratically throughout the year.  It ended up being a bad meter.  Monitoring through a program like this makes it easy to find these issues.

What else are you excited about at BE-NYC?

There’s a panel on recovery from Hurricane Sandy.  Duncan Prahl is chairing it.  I’ve been invited to participate since the Bluestone Organization was designated to rebuild houses on Staten Island that were destroyed during the storm.  Thaddeus Pawlowski from Mayor’s Office of Housing Recovery Operations (HRO) will be speaking.  FEMA gave the city funds for this purpose, and the city created this new office.  They’re doing a lot of their work through the Department of Housing Preservation and Development (HPD).

What’s your strategy for the post-Sandy Staten Island rebuild?

I came up with a new envelope design.  The clapboards will be made up of fiber cement – no mold, they don’t burn, and they don’t rot out.  Behind it they’re mounted—every 16”—to a piece of pressure-treated furring, so there’s no mold there plus you get a built-in drainage plane.  Then there will be a thick later of polyisocyanurate insulation.  Then there’s the main feature, an 8” thick structural panel made up of lightweight aerated concrete.  The attributes of the material are that it is waterproof, vapor-permeable, relatively air tight, you can cut it by hand, it’s fireproof—it has a four hour rating at 4” – and it has an R-value of 1.25 per inch – so an 8” thickness gives you R-10 without any thermal bridging.  It’s a mass wall, but it’s lightweight.  There’s nothing here that will get affected by water, so they can be built by the ocean.  That way, even if FEMA got the new flood elevation requirements wrong, these buildings won’t be affected by a storm surge the same way the previous ones were.

Interested in learning more from Steve Bluestone? Look for him at the Multifamily Track at BE NYC.

For more information on workshop sessions, sponsoring and exhibiting at BENYC, CLICK HERE.