Central Park, at a mere 1.31 square miles, is nothing in comparison to Freshkills Park and the Hudson River Parks Conservancy – two giants that are each over 4 square miles. NYC has been expanding park areas for decades, and these are two great examples of the repurposing of areas that many thought would never recover. Today, one is a shining example of success, the second might become one of our great wildlife sanctuaries…..who knew? Come listen to these two highly dedicated Parks experts, as they explain the day-to-day operations in their parks. 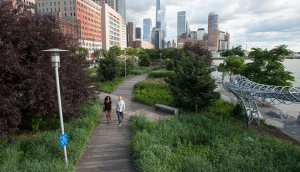 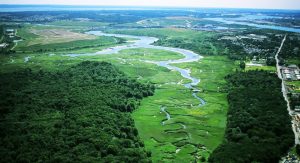 Our speakers this month include:

Eloise Hirsh is the Administrator of Freshkills Park and at 2200 acres, this project is one of the most ambitious public works projects in the City’s history. The transformation of what was the City’s biggest landfill for 50 years, into a productive, vital, beautiful destination open to all is a powerful symbol of renewal with challenges and opportunities on an unprecedented scale. Eloise spent 18 years in Pittsburgh, where she was Mayor Tom Murphy’s Director of City Planning during his first two terms, Director of the Mayor’s Commission on Public Education, and, as firm principal of the consulting firm Iron Hill Associates, led projects on open space preservation and development, transportation issues, affordable housing and child and family welfare. Eloise spent 20 years in New York City government where her responsibilities ranged from infrastructure and park management as First Deputy Commissioner of New York City’s Department of Parks and Recreation, to labor relations and productivity improvement as Director of New York City’s first Labor Management Productivity Committee.

Noreen Doyle serves as the Executive Vice President for the Hudson River Park Trust, managing multiple divisions of staff, overseeing environmental and land use planning, and engaging local community members and elected officials on policy and operations decisions.   Current projects include representing the Trust in ongoing public discussions about the future of Pier 40 and helping guide the design process for Pier 26, a public park pier with an environmental focus.  Previously, she was a Vice President at AKRF, Inc., a leading environmental and planning consultant in Manhattan, where she helped manage projects like the Second Avenue Subway and Queens West.  She has also held other positions in the public, private and non-profit sectors.  Noreen has a BA from Smith College and pursued a doctorate in Comparative Literature at New York University.

We highly encourage attendees to register in advance, as fees increase at the door. If registering at the door, credit/debit card is strongly preferred.