Join GreenHomeNYC for a special tour of One Penn Plaza’s Combined Heat and Power plant!

Peak Power One CHP removes a burden of 20-25 million kwh per year from the City’s power grid, and supplies 50% of the electricity and 30% of the steam requirements to One Penn Plaza. By capturing waste heat from the engine generators and reusing it to power both heating and cooling systems for the building, the system achieves approximately double the efficiency of conventional power supplied by the grid (70+%). The higher efficiency reduces greenhouse gas emissions, making the building’s electricity usage 40% less carbon intensive. 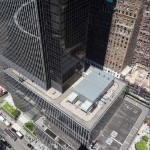 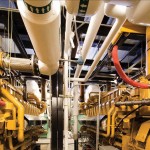 Space is limited, so RSVP TODAY