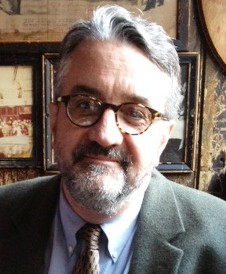 by Andy Padian, GreenHomeNYC Board member

Having been a religious attendee of BE conferences for most of the last 20 years, and having no expectations of what I would get out of this year except for networking, I can report unconditionally that this is the best conference I have ever been to, and that is saying something.

I attended an excellent session on heat pump technology, human building interaction, and the connection in buildings (and the world) between water and energy. I also sat in on another really good session about energy usage and savings data on over 1,000,000 homes. Staggering. Fun. Mind blowing.

However, the most important thing I saw this year was the great number of young and emerging professionals that are everywhere, and are in everyone’s face. Lots of questions, lots of looking for their first or next job, lots of needs for their summer internship, lots of people under the age of 30 presenting about their data, their research, and their clean tech start-up sell. . .Read more

Some of them are incredibly bright stars, and of course, there was the elevator pitch from the 20-something clean tech person who left an audience blank faced as no one could understand what his product was and/or what he was selling. Ooops.

I received an unbelievable amount of thanks from people of all ages for a reference, referral, mentor, mentee, or other connection that they have gotten through NESEA in the last year. That was both highly rewarding and humbling – it’s amazing how large and diverse this audience and membership is and how a small effort gets such a huge reward. As always, the networking is so rewarding; a person who was formerly a non-profit housing person from the Bronx thanked me for making him join NESEA before I would talk to him three years ago; he has been a really happy NESEA member for three years, and now is a developer in the Hudson Valley, and I think my company, the Community Preservation Corporation, may provide the construction and permanent financing for his newest project.

Home Run. Sorry if you missed this one. We’re doing one in NYC October 16, and next March, as always, back in Boston. Go Yankees!]