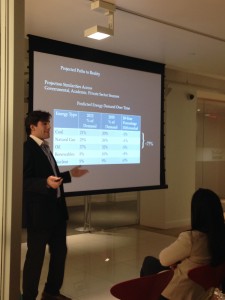 The Green Spotlight on BE NYC: Dan Rieber

Countdown to BE NYC! With only

days until October 16th, GreenHomeNYC is shining the spotlight on the experts who will be making BE NYC  conference an exceptional industry event!   One of the professionals participating in the conference is Dan Rieber. 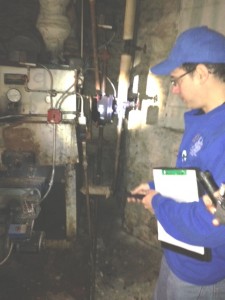 Dan Rieber is the Weatherization Director at NMIC (Northern Manhattan Improvement Corporation) as well as a frequent speaker at GreenHomeNYC forums. He has a BA from SUNY Stony Brook. Over the past 20 years Dan has given numerous presentations on various weatherization topics at the National Affordable Comfort conferences (ACI), National Multi Family Buildings conferences, National Weatherization Training conferences, Regional Weatherization Program conferences, NESEA, and GreenHomeNYC.   Dan will  be speaking about “Steam Heat: Tech Tips for Successful Operation” as part of the Multifamily track at BuildingEnergy NYC.   What is weatherization and why is it important for residential buildings? How does it affect the resident’s quality of life? Weatherization, in our Northeast climate, is mostly about keeping your building as efficient as possible during the heating season. This means making sure your walls are insulated (if they can be), insulating the roof, insulating pipes (heating and DHW), air sealing wherever you can, tuning your heating system to maximize its efficiency or replacing it for a more efficient unit. Repairing windows for drafts and replacing them if necessary. Being sure that you are making domestic hot water in as efficient a manner as possible can have a big impact on your energy bill. Domestic hot water is made all year round and can use more energy than heating in some buildings. Energy efficient lighting is an important part of the energy efficiency equation too, but has less of an impact on the heating side. Mechanical ventilation is another item to be looked at. Over ventilating can have an effect on heating use and the resident’s comfort. Resident quality of life is a big issue if people are cold in their homes. Seniors and young children are most susceptible to colder temperatures. On the flip side if people are overheated then the building is wasting money on fuel going up the chimney and there are health issues related to poor indoor air quality in this case. This leads to open windows in the winter time as well. END_OF_DOCUMENT_TOKEN_TO_BE_REPLACED
Tags: benchmarking, conservation, cost, efficiency, electricity, energy, energy audit, energy bill, Energy Efficiency, Energy Star, residential, retrofits, Weatherization

Early this month, outgoing Governor Paterson released the New York State Climate Action Plan.   This plan moves forward on the 2009 Executive Order requiring the state to reduce greenhouse gas emissions by 80% (compared to 1990 levels) by 2050 and established a Climate Action Council to determine how to meet the goal.   The Council will continue to further refine these strategy proposals in 2011.  The public can comment on the plan until February 7, 2011.

As pointed out in the New York Times article about the report,  there has been controversy in the last few months of the administration’s tenure amidst incredible budget shortfalls related to funding cuts and the dismissal of the Department of Environmental Conservation’s commissioner, and use of state funds intended to finance emission reduction programs for other purposes.  The Gotham Gazette has done a good job of summarizing the situation at the DEC. This is all relevant as these proposals could very well become law one day – as the City is using the Green Codes Task Force report to draft policy, the State’s self-imposed requirement to reduce emissions will most definitely result in code changes for buildings.  Of particular import to GreenHomeNYC’s readership is Chapter 6: Residential, Commercial/ Institutional Mitigation.  The most relevant recommendations are described after the jump. END_OF_DOCUMENT_TOKEN_TO_BE_REPLACED
Tags: benchmarking, Climate Change, Jobs, NY State, Policy, Tax incentives

This hearing has been moved to Friday June 26 at 10 AM. On Earth Day 2009, the City announced a package of four bills mandating energy efficiency upgrades for a large percentage of the city’s structures. The New York City Council is holding a hearing on these bills on Friday, June 19 at 10am. These are important bills – both in their scope and content. We encourage you to read up on the proposals, and if you have an opinion, go to the hearing, participate, and testify. Public input absolutely impacts the final form of these bills, and the committee stage is where the major revisions will take place. A more thorough description of the bills is below, but in short, this legislation would: Create a New York City Energy Code that existing buildings will have to meet whenever they undergo renovations; Require buildings of 50,000 square feet or more to conduct an energy audit once every ten years and make any improvements that pay for themselves within five years; Require commercial buildings of 50,000 square feet or more to upgrade their lighting to more energy-efficient systems that pay for themselves through energy savings; Require buildings of 50,000 square feet or more to make an annual benchmark analysis of energy consumption so building owners can better understand what steps they can take to increase efficiency City officials argue that these requirements will ultimately generate 2,000 new jobs in energy auditing and related fields, temporary construction jobs, and save property owners roughly $750 million annually in energy costs. Beginning in 2013, the 22,000 buildings of over 50,000 square feet in the city will be impacted – nearly half of the built square footage of the City. Public hearings are just that, open to the public. The Environmental Protection Committee meets Friday, June 19, at 10:00 AM in the Council Chambers at City Hall. Here are the directions. Generally, a panel of industry leaders and organizations will testify on the legislation to the committee first. Then members of the public simply sign up to testify – first come, first serve. It is a simple process. The committee is chaired by Councilmember James F. Gennaro (Queens), and the committee members are Councilmembers Bill de Blasio, Elizabeth Crowley, Mathieu Eugene, Oliver Koppell, Domenic M. Recchia, Jr., Erik Ulrich, Peter F. Vallone, Jr., and Thomas White, Jr. You can read the City’s Earth Day press release, or look at further analysis, including who is supporting the package and who is not, from the Sallan Foundation, the New York Times, the Gotham Gazette, CoStar, and Business Green. A more detailed summary of each bill, along with a link to the original text from which the summary was sourced, after the jump! END_OF_DOCUMENT_TOKEN_TO_BE_REPLACED
Tags: benchmarking, energy, Energy Efficiency, green bills, Policy, rehab, retrofit

Understanding What You Use Helps to Conserve

Understanding What You Use Helps to Conserve Reviewing Your Con Ed Bill By Sharon Brind With the constant rise in energy costs, the use of “peak generating plants” and increased individual energy consumption, we are seeing a direct impact on our monthly electricity bill. According to Con Ed, July 2008 set a new record of 6.7 billion kilowatt hours, or approximately 350 kWh hours per customer. Going forward it will cost more and more to light, heat, cool, and live in our homes. What can we do to lower our bill, become more energy efficient in our homes and essentially become more “green”? Read on at The Cooperator
Tags: benchmarking

Tracking Building Energy Usage Energy by the Foot By Aaron Yowell Recent studies of energy usage in multifamily buildings have revealed that the least efficient buildings use up to seven times the energy of the most efficient—even when those buildings are otherwise similar. It should surprise few readers to hear that a large number of buildings waste significant amounts of energy. In these days of high-profile environmental initiatives by Hollywood stars, mainstream hybrid cars and “green” lifestyle television programming, environmental awareness is at an all-time high. Read on at The Cooperator
Tags: benchmarking