With the international emphasis on electrification, we must focus on the amount of electricity that is being generated by renewables rather than carbon based fuels. In all but one state in the US (and in much of the EU), there are not as many renewables as hoped in the energy mix. (Watch the recording of this forum on our Youtube channel!) 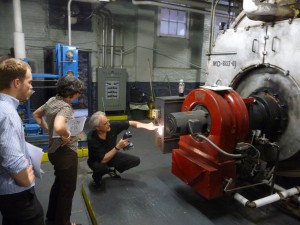 Tom Sahagian knows there’s no time left to dawdle in controlling the greenhouse gas (GHG) emissions from New York City’s buildings. The problem: There’s a shortage of people with the right skills to do it. Sahagian is not talking about policy wonks. “The life of the mind is not what’s going to get us to solving the climate crisis. Pontificating doesn’t do it. You need people who can actually physically do what’s required.”   Sahagian, a GreenhomeNYC board member with many years of experience as an energy efficiency consultant, believes that to dramatically decrease building-generated GHGs, the city’s buildings will have to be powered with clean electricity (e.g. wind or solar) rather than fossil fuels.   An Electrifying Challenge “New York City needs to convert a thousand buildings a year for the next 30 years,” he says, “which will take hard work and coordination and commitment—and contractors and workers with the right skills. And right now, we have a shortage of those people.”   END_OF_DOCUMENT_TOKEN_TO_BE_REPLACED
Tags: career advice, careers transition, Energy Efficiency, Green Building, Green Jobs 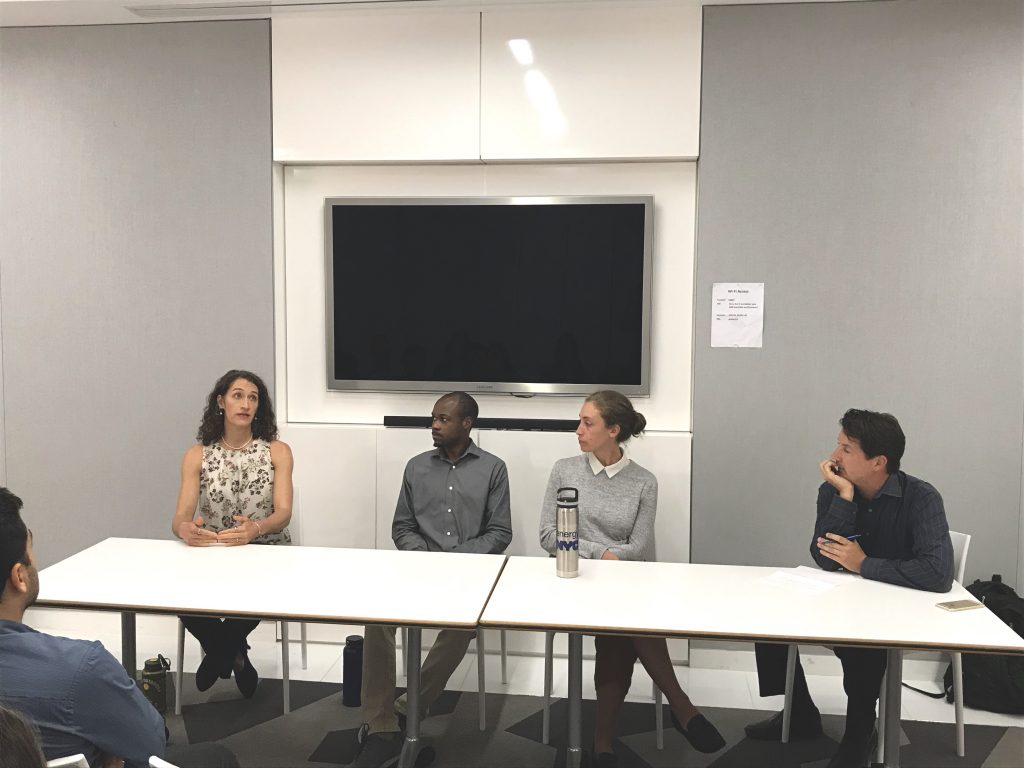 Photo by Alicja Osinska On September 10, 2019, the GreenHomeNYC community gathered at GROHE to learn from industry experts about jobs in the energy efficient buildings arena here in New York City. We were lucky to be joined by Elizabeth Taveras of the NYC Division of Energy Management (DEM), Daquan Dennis from the CUNY Building Performance Lab, and Mina Agarabi of Agarabi Engineering PLLC.   Elizabeth, Daquan, and Mina gave participants a glimpse into a day in the life at their current workplaces, an understanding of the journeys that took them there, and advice on how participants might navigate their own journeys into this growing field. They also addressed the impact New York City’s new Local Law 97 will have on both careers and culture in the city’s buildings. END_OF_DOCUMENT_TOKEN_TO_BE_REPLACED
Tags: BuildingEnergy NYC, career transitions, Energy Efficiency, Green Careers Transitions, Sustainable Career Tracks

The City, State, and Federal governments have provided subsidies for affordable housing for decades, but this housing is not built by them, it is built by developers. Many years ago, the belief was to build the housing as quickly as possible, which caused much affordable housing to be of modest yet horribly inefficient quality. Today, such housing meets or exceeds most sustainability standards, and tonight’s developers were among the leaders in this change over the years, and remain there to this day. Listen to the process and progress in this field, and decide if you might want to join this field by listening to these accomplished leaders.

Les Bluestone has been involved in real estate development and construction industries for over 35 years working in New YOrk CIty and surrounding areas. Co-founder of Blue Sea Development Company and Blue Sea Construction Co., his firms developed and built New York State’s first affordable Energy Star Homes and New York State’s first three affordable LEED Platinum multifamily buildings. A former Board Chair of Habitat for Humanity NYC, Les is a founding board member of the Center for Active Design, sits on the boards of the New York State Association for Affordable Housing, the NYC Workforce Investment Board, and was appointed by the Governor to the NYSERDA Green Jobs Green New York Advisory Council.

Luke Falk is Vice President of Technology for Related Companies. His group drives technological innovation (including capabilities around energy management, marketing, adtech, IoT, and integrated experiences) at Hudson Yards, the largest private real estate development in the history of the US. Previously he was the Assistant Vice President for Sustainability in Related’s New York Development Group. In that role he developed distributed and renewable energy generation projects, and improved the energy performance and resilience of new and existing developments. He led the sustainability design of over a dozen LEED silver, gold and platinum buildings representing over $5B in capital investment including the tallest passive house in the world for Cornell Tech in New York City.

END_OF_DOCUMENT_TOKEN_TO_BE_REPLACED 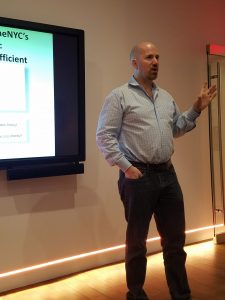 Systems and Relative Energy Efficiency Brendan Casey, of Fujitsu General America, believes that the Variable Refrigerant Volume (VRV) or so-called Variable Refrigerant Flow (VRF) system is the future of AC systems. Even though VRF can be carried as cooling only, building owners and management companies in places like New York City should consider either heat pump or heat recovery systems which provide both cooling and heating. The heat recovery system carries higher installation cost, but it can provide both heating and cooling at the same time to different zones based on demand with only one control.   END_OF_DOCUMENT_TOKEN_TO_BE_REPLACED
Tags: air conditioning, energy, Energy Efficiency, Green Building, sustainability

As you probably know, “80×50” means reducing greenhouse gases produced in New York City 80 percent by the year 2050. As a practical matter this almost certainly means we must reduce the combustion of fossil fuels by 80 percent — either by increasing energy efficiency or by increasing the amount of energy we produce without using combustion (or, most likely, a combination of the two). This shift must take place in every sector — transportation, industry, buildings, etc., but I will focus here only on buildings.   Technically, there is no doubt that 80×50 is achievable. But it’s not going to be easy. The biggest obstacles to success will not be technological — in my experience they are almost always fear and inertia on the part of decision-makers.   But why? Inertia is easy to explain — it’s usually easier to do nothing than to take action — but the fear: what’s behind it? I believe the fear is the result of two factors; 1) the fear of making a costly mistake, and 2) the fear of being blamed for said costly mistake. If we can eliminate the first factor, it will go a long way towards eliminating the second, with the result that 80×50 could actually succeed. END_OF_DOCUMENT_TOKEN_TO_BE_REPLACED
Tags: 80 X 50, building performance, Climate Change, Energy Efficiency, Green Building, NYSERDA, sustainability 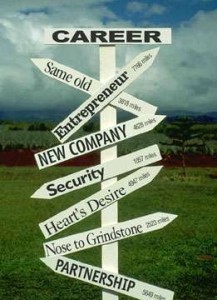